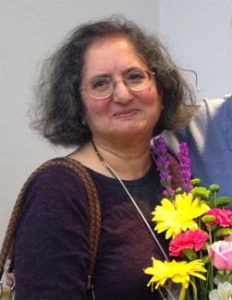 Sanyoo brought us unique vision and experience when she began teaching at APPS in 2004. She became Assistant Director in 2006 and then Director in 2009. Sanyoo Bharadwaj has a BA from India and has done her Early Childhood Education Certificate through UC Santa Cruz. .She was a parent participant and board member at Eastside Parent Participating Nursery School for three years. Her years at EPPNS gave her an enduring passion for nurturing the growth and development of young children.

After her daughter’s graduation from EPPNS, she stayed on as a teacher. Sanyoo has taught as a substitute teacher at Mulberry School- in their elementary and pre-school program, while her daughter was enrolled there. She also was an active parent participant in her daughter’s middle school program at Discovery Charter School.

During the pursuit of her vocation as an early childhood educator, Sanyoo has consistently worked in helping these programs advocate the creation of a community to support the “whole child”. ‘A child’s work is play’, is her mantra. She lives in San Jose with her husband, Rajesh, and is the proud mother of Nupur, a UC Santa Cruz graduate with a passion for singing Operatic arias and show tunes. 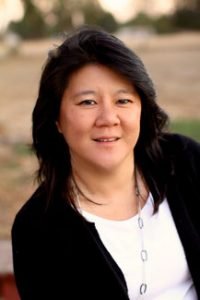 Cathy brings with her the family history and connection that epitomizes APPS. She is a former APPS student who attended with her mother in the early days of school. Her mother Betsy went on to become an APPS teacher and director for 29 years before retiring in 2004.

Cathy has also been a participating parent, board member and former President during the years that her two daughters, Kristen and Lindsey, attended the school. She continued to participate in the classroom during her daughters elementary and middle school years at the Indigo Program, a parent participation school in San Jose.

Now that her daughters are in high school, she travels around the world as a Positive Discipline Lead Trainer working with schools that want to incorporate Positive Discipline into their programs. Her parent education business — Middle Ground Parenting — is designed to further adoption of the positive discipline strategy.